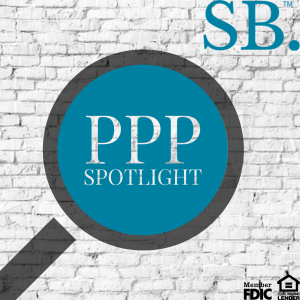 On a bright summer morning under the Big Sky in Bozeman, Mont., Ryan Prosser adjusts his ear phones to fit over the SimplyBank ball cap he’s thrown on to kick off the workday at his home office.

And he admits: he isn’t even really sure where Dayton, Tenn., is.

Prosser is CEO at Very, LLC, a tech company specializing in the Internet of Things, and one of more than 240 businesses that secured PPP funds through SimplyBank earlier this year. Very has a totally-remote workforce.

Prosser is familiar with Chattanooga, where Very once owned property in the now-bustling Southside part of town. But he has little reason to know about Dayton, Tenn. — or had, until earlier this year.

Prosser knows Dayton these days, because it’s where Michael Reed, lending officer and first vice president at SimplyBank, is based.

Reed was the friend and partner Prosser and his C-Suite were looking for earlier this year when the spread of COVID-19 led state and federal agencies to implement strict social distancing policies and the shutdown of businesses deemed non-essential.

“He held up gold in a storm,” Prosser says of Reed. “Gold does very good when everything else goes very bad. That was Michael with us, and that was SimplyBank with us.”

Some of Very’s customers lost work due to shutdowns, and others postponed projects. The business found itself looking at a future with many unknowns.

Very’s bank accounts were largely held at a well-known national bank, and when the federal government announced the PPP program in April, the leadership team at Very called the big bank. And Prosser’s team applied for PPP relief.

“We probably called [our banker] 50 times and were not able to get any response about the status of our application,” Prosser says.

Prosser watched the first $300 billion round of PPP funding disappear in a week’s time. Very’s application “was unsuccessful, and very frustrating,” he remembers.

Then, a second $300 billion round of PPP funding was announced, and by this time, Prosser knew the big bank couldn’t be counted on to deliver.

At this point, SimplyBank and Reed entered the picture. A mutual friend-of-a-friend in Chattanooga recommended Prosser talk with Reed, and the two struck up a correspondence.

“He had confidence that if I said I could take care of it, we’d get it done,” says Reed.

And the relationship – though divided by 2,000 miles – took flight.

“From the word go, they knew what they were talking about, and I could tell they were looking for someone to instill confidence,” Reed says.

Early in the second round of PPP funding, Very’s application was submitted through SimplyBank’s portal and accepted, and funds were distributed.

“Those were scary times for everyone, and businesses were scrambling to find a friend in the storm,” says Prosser, looking back. “Now it’s easy to see that a banking relationship is about more than an interest rate.”

He says the lack of response and aid from a national bank was an eye-opening experience and has reshaped his expectation from a financial institution.

“You get caught up in the features and benefits game,” Prosser says. “I remember in the time of my father, it was about a relationship. Very did not have that, and we got that at SimplyBank.”

For Reed – a husband and father of five – the 12-hour days were about keeping the approximately 70 employees at Very secure during a tumultuous springtime.

“I had a paycheck everyday, because there was plenty of work to be done,” he says. “But I didn’t want someone else to go without.”

Reed’s banking career began in 2007, and he remembers the feeling of being confined to the sidelines during the Great Recession.

So this time, when community banks had an opportunity to jump into the trenches and do something, it felt like running “triage for the financial fabric of our country, which is small business,” Reed says.

For Prosser, the analogy is fitting, and “you don’t want the doctor to ghost on you” in a medical emergency, he says.

And despite the amount of phone calls and emails, he says Reed consistently answered and remained in close communication.

He closes out this morning Zoom call – in which he and Reed see one another face-to-face for the first time – with a succinct token of thanks to his new banker, and the community bank where his company has moved deposits since April.

“I don’t think it’s too much to say you helped us ride out the storm,” he says.

Find out more about Very, LLC, at verypossible.com.

With 100% FDIC-Insured deposits,
you can’t lose a cent!
EDIE the Estimator

Visit our blog for news & updates

From time to time, we provide links to other websites for the use of our visitors, which have been compiled from internal and external sources. By clicking “Continue” below, you will be opening a new browser window and leaving our website. Although we have reviewed the website prior to creating the link, we are not responsible for the content of the sites.

Information on linked website pages may become dated or change without notice, and we do not represent or warrant that information contained on these linked pages are complete or accurate. We suggest that you always verify information obtained from linked websites before you act upon such information.

The privacy policy of this bank does not apply to the website you visit. We suggest that you always verify information obtained from linked websites before you act upon such information.