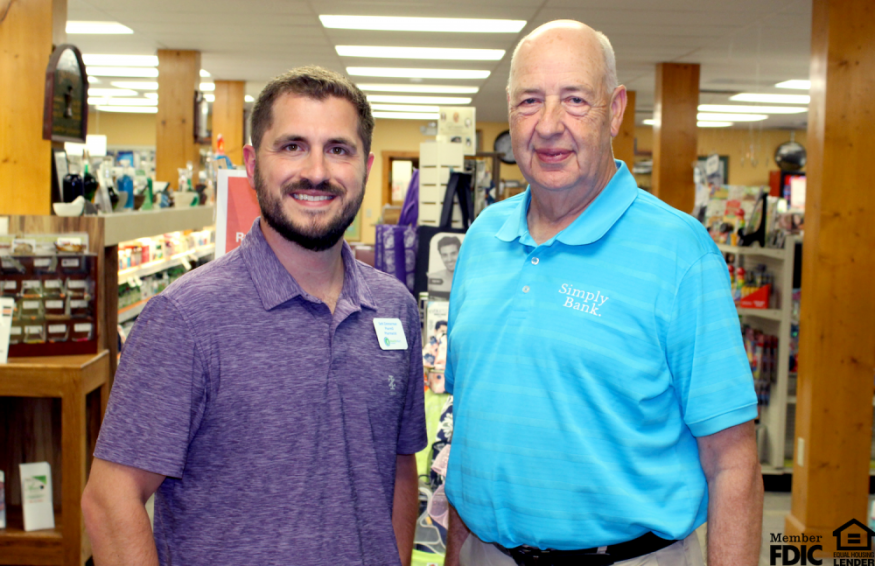 In March, things seemed to be settling into place for Seth Zimmerman.

He was six months in as the new owner of Spring City Pharmacy, a newly-minted businessman and one of two pharmacists employed at the independent drug store. And he felt he’d finally crossed over the transition period threshold.

“I finally got all that straightened out,” he said, “and Coronavirus hit.”

Zimmerman decided to apply for funds after weighing the options and having to make a decision to close the doors of his shop and go to a drive-thru only model for roughly six weeks.

“It was tough,” he said of the decision to temporarily limit foot traffic inside. “I didn’t want to, but if any one of us got sick, the business would have had to shut down.”

Realizing the low-risk, high-reward nature of the PPP program, Zimmerman went to work looking for a banker who would help him apply for first-round Paycheck Protection Program funds and keep his people working.

“I called two other banks, and they wouldn’t even do it,” he said.

Realizing the low-risk, high-reward nature of the PPP program, Zimmerman went to work looking for a banker who would help him apply for first-round Paycheck Protection Program funds and keep his people working.

“I called two other banks, and they wouldn’t even do it,” he said.

Then he turned to SimplyBank, and Larry Cunningham – a 44-year banking veteran and Spring City native like Zimmerman – stepped in.

“I worked Sundays finishing everything to make sure it was ready to go,” Cunningham said, looking back. “I did his application within days.”

Prior to applying for Paycheck Protection Program funds through SimplyBank, Spring City Pharmacy had no relationship with the bank, but that didn’t stop Cunningham from going hard after funds for Zimmerman and his newly-purchased business.

Part of the urgency felt by Cunningham in those early days, he said, was born out of many years of experience, having lived through other economic storms and knowing how external forces can rock the balance sheet of even well-established organizations.

“When you go to shutting down businesses, they’re going to lose,” he said.

Zimmerman said Spring City Pharmacy applied early and received its PPP relief funds by late April, putting it among recipients of the first $300 billion round of funding.

Buoyed by that relief, the new father and small business owner said he is looking forward to getting “back to where we were before all this” in the second half of 2020, and growing beyond that.

With 100% FDIC-Insured deposits,
you can’t lose a cent!
EDIE the Estimator

Visit our blog for news & updates

From time to time, we provide links to other websites for the use of our visitors, which have been compiled from internal and external sources. By clicking “Continue” below, you will be opening a new browser window and leaving our website. Although we have reviewed the website prior to creating the link, we are not responsible for the content of the sites.

Information on linked website pages may become dated or change without notice, and we do not represent or warrant that information contained on these linked pages are complete or accurate. We suggest that you always verify information obtained from linked websites before you act upon such information.

The privacy policy of this bank does not apply to the website you visit. We suggest that you always verify information obtained from linked websites before you act upon such information.